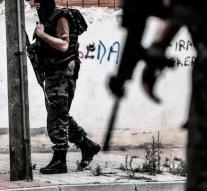 istanbul - Idil Eser, Director of Amnesty International in Turkey, was arrested on Wednesday morning, along with seven other Turkish human rights activists and two international trainers. They participated in a training from the Dutch organization HIVOS, says project manager Wieke Meilink. The organization had not been able to contact the arrested activists and employees on Thursday morning.

Director Emel Kurma of the local human rights organization Helsinki Citizens Assembly says that the German and Swedish trainer stuck on Istanbul's Büyükada island, where the training took place. Turkish human rights activists have been brought to an unknown location. The hotel owner was also detained, but was released again at midnight.

Hivos has contact with the UN Rapporteur on Human Rights, Local Partner Organizations and Lawyers.