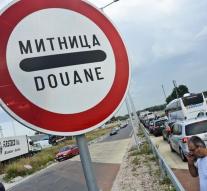 - The Turkish Supreme Council for Education, all academic until further notice banned from leaving the country. That the state broadcaster TRT announced Wednesday as a result of the failed military coup Friday. Which led to a large-scale purification in all public institutions.

This latest report, which contained no further details, came a day after the same committee in 1577 deans of all universities in Turkey was told resigned. The Ministry of Education did a step further by revoking the license of 21 000 teachers from private schools.

The Erdogan government holds the resident cleric Fethullah Gulen in the US responsible for the coup and now picks up all his suspected supporters.