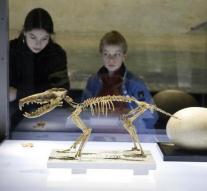 'A proven theory from the education program is the lack of knowledge and science. The AKP government replaces it by a program containing elements of sharia, 'said CHP parliamentary Baris Yarkadas on Friday against the German press agency DPA.

Darwin's evolutionary theory is 'too complex' and 'too controversial' for younger students, so a senior staff member of the Turkish Ministry of Education defended the lack of theory.

The design of the new lesson program, approved by President Erdogan, will only take effect if it has been published in the Turkish Gazette. The CHP has announced that it will be taken to court.