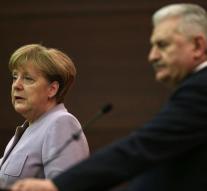 istanbul - Turkey does not want the conflicts with Germany to cause economic damage. This stressed Turkish Prime Minister Binali Yildirim on Thursday against German entrepreneurs. Yildirim said that 'political distortions should not escalate and politicians should ensure that their disputes do not harm trade.'

German Secretary of State Sigmar Gabriel was angry with the repressive policy of Turkish President Erdogan, a week ago, as a result of which Germans were arrested. Gabriel interrupted his vacation on the North Sea and declared in Berlin that it is better to do nothing more with Turkey because there is no legal certainty anymore. Since then, Turkish leaders have been trying to reduce the economic damage of the German-Turkish struggle.