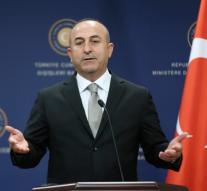 ankara - A number of Turkish prosecutors and judges who might have links with the resident cleric Fethullah Gulen in the US, fled to Germany and Turkey wants their extradition.

Turkey says that Gülen is the mastermind behind the failed coup of 15th and 16th July. Gulen has lived in exile in the United States. He denies the accusation.


The Turkish request the federal government in a difficult situation, not least because Turkey is spoken since the failed coup on reintroducing the death penalty. President Recep Tayyip Erdogan has announced to adopt such a reintroduction if parliament agrees.