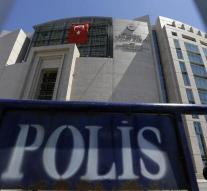 - The Turkish police have raided three courthouses in Istanbul after arrest warrants were given to 173 court employees. The raids are part of an investigation into the failed coup attempt last month, Dogan news agency reported Monday.

Meanwhile, there are more than 35 000 people in detention, of whom 17 000 were formally arrested, and tens of thousands are laid off since the coup attempt on July 15. The authorities suspect them of having ties with the Muslim cleric Fethullah Gulen and his followers living in the US. President Recep Tayyip Erdogan has asked for the extradition of Gülen, which according to Turkey the mastermind behind the failed coup.