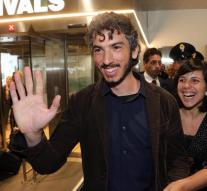 rome - About two weeks after his detention, an Italian journalist was released by Turkey. The filmmaker Gabriele Del Grande is now on his way to his country of origin, Italian Secretary of State Angelino Alfano said on Twitter on Monday.

Del Grande was arrested on April 9 near the Syrian border. He was in Turkey to interview Syrian refugees for a book about the war in Syria and the terrorist organization IS.

The 34-year-old journalist was detained without charge and spent several days in hunger strike. He is also active as a human rights activist and writes on his blog 'Fort Europe' about the situation of refugees in the Mediterranean.