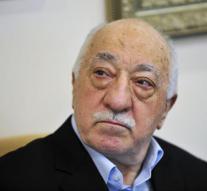 - Turkey has sacked 10,000 civil servants because of their possible links with the controversial cleric Fethullah Gulen. Among the officials late Saturday by decree under the state of emergency were sent out of the lane, thousands of academics, teachers and employees of health services.

The Turkish government says that Gülen was behind the failed coup in July. The government has arrested more than 37 000 people after the coup attempt and more than 100 000 civil servants, judges, prosecutors, military, police, teachers and others dismissed or suspended. According to authorities, the purges are necessary to remove all the followers of Gülen from the state apparatus and important functions.