Home / World / Turkey: China has to close the Uighur camps 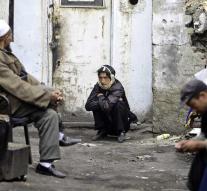 ankara - Turkey urges China to close 'concentration camps' where Uyghurs are trapped and to respect the rights of this Muslim minority in China. More than one million Uyghurs are being...

A spokesperson for the ministry says to respond to the death of the Uyghur poet and musician Abdurehim Heyit. According to Turkish media, he was tortured to death in a so-called re-education camp in the northwestern region of Xinjiang.

Turkey calls on other countries and the United Nations to take action to stop the 'humanitarian tragedy' in Xinjiang.