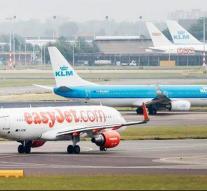 - TUI travel organization is working closely with price fighter easyJet. The number of holiday destinations in Europe will be expanded in the coming winter. 'A summer test with five city trips has been completed,' said TUI.

In addition to seven cities, according to the Dutch tour operator, easyJet flew to southern European and winter sports. It is about the beach at the Spanish airports of Alicante, Malaga, Tenerife and Lanzarote and in snow for flights to Salzburg in Austria.

TUI boss Arjan Kers wants to grow well. 'Our cooperation with easyJet offers opportunities for this. We see a greater demand for cheap package travel and therefore expand the cooperation. '

The following cities in TUI's winter offerings will also be flown from Schiphol with easyJet: Berlin, Lisbon, Prague, Budapest, Vienna, Rome, London (Gatwick). The international travel company also has its own airline TUIfly.