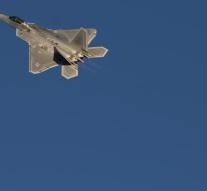 washington - The manufacturer of the F-35 fighter, known as the Joint Strike Fighter (JSF), has pledged to bring the production cost of the unit down. Marillyn Hewson, president of Lockheed Martin Corp., said this Friday (local time).

A day earlier, president-elect Donald Trump expressed on Twitter criticized the high cost of the JSF. Hewson had a Friday interview with Trump and heard his message about the necessary cost reductions 'loud and clear,' said the president. 'I gave him my personal commitment to bring the cost down ambitious. '

Trump suggested Thursday in a Twitter message that a previously produced model from rival Boeing would be a cheaper alternative to the JSF. 'Considering the enormous costs and cost overruns of the Lockheed Martin F-35, I asked Boeing for a different price for the comparable F-18 Super Hornet had' Trump announced, on Wednesday met with both the leadership of Lockheed Martin as Boeing.

The F-18 is part of an older generation fighter and lacks the advanced stealth technology, which makes difficult to see planes on radar. For that reason, most defense analysts consider the F-35 and Lockheed F-18 Boeing not comparable devices.

A US government official said that it is impossible to estimate the intention of Trump's note, given the importance of stealth technology in the arms race with the modernized forces including China and Russia.

Wednesday promised the director of Boeing to Trump that the costs for the new version of the presidential plane Air Force One does not exceed 4 billion dollars will amount to. In addition to the cost overruns of the F-35, the cost of modernized Air Force One a thorn in the side of Trump. On Twitter, he allowed himself since early December critical of 'Boeing is building a brand new 747 Air Force One, but the costs are completely out of control, more than 4 billion dollars! Clear that order. '