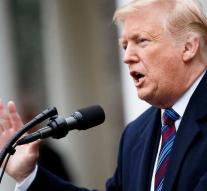 washington - US President Donald Trump plans to visit the border with Mexico on Thursday. He is going to talk there with border guards and emergency services.

Further details about the visit will be announced shortly. That announced the White House spokeswoman, Sarah Sanders, on Twitter on Monday.