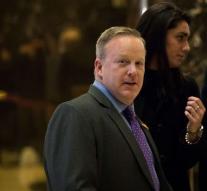 washington - The new US president Donald Trump has Sean Spicer introduced Thursday as his spokesman when he moves into the White House. As head of communications for the Republican National Committee (RNC) Spicer served already as adviser during the election campaign.