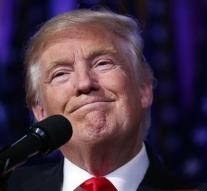 - After the inauguration of President-elect Donald Trump on January 20, 2017, the popular twitter account @POTUS goes to him, as the White House announced. The account of the President Of The United States (abbreviated @POTUS) is still in the hands of Barack Obama. He started on May 18, 2015 as the first president ever to Twitter and now has 11 million followers.

The account is emptied completely before the transfer of power, but the tweets Obama will not be lost, which is stored under the name @ Potus44. Obama is the 44th President of the United States. Trump will probably retain the followers of his predecessor.

Other accounts such @WhiteHouse, @FLOTUS, @PressSec and @VP will be emptied. The tweets will be archived by the National Archives and Records Administration (NARA).