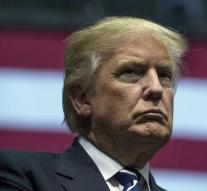 - Donald Trump believes nothing of the message that Russia has affected the elections in the United States. That said the president-elect on Fox News Sunday. 'It is ridiculous and just another excuse from others. I believe there is absolutely nothing, 'said the Republican.

Russia would have blended into the US presidential election to Donald Trump to help a victory, not only to undermine faith in the electoral process. That concluded the CIA, the Washington Post reported earlier. The story was later confirmed by officials to Reuters.

US intelligence would come on the track of those thousands of hacked emails include Hillary Clinton's campaign manager have passed to WikiLeaks. These people were at the service known as members of the Russian government led operation to help Trump White House and reduce Clinton's chances.

The conclusions of the CIA mean, according to the sources, not that Moscow has been able to change the outcome of the elections or influence on key points.