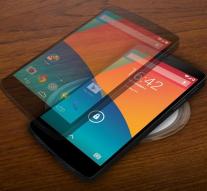 - More and more mobile devices can be wirelessly charged, though you can argue about the definition of 'wireless'. The devices must, after all, the wireless charging point be placed which is connected to the outlet. A Ukrainian startup claims to have developed a method that really makes wireless charging possible.


The new method makes it possible to charge a device while it is up to five meters away from the charging point. That means you can charge your smartphone while it is in your bag.
The company says XE since last year to work on the new charging method and technology site Ars Technica has shown a prototype. The method is based on the technology of the crystal radio. This very simple radio receives and transmits AM signals without electricity gets from the power outlet or battery. The antenna provides an electro-magnetic signal from this that at the speed of light propagates through space. The signal is amplified by all the materials that can conduct electricity and are located in the electromagnetic field.
The antenna XE which has developed in a similar manner would pick up current from radio signals. The transmitter power is 2.5W and the maximum output is 5W. According to the makers, this is safe for humans and animals.
In order to make use of the technique must be used in addition to the charger also an associated smart phone cover. The current prototype is still very big and clumsy, but the startup hopes a first commercial version to reduce to a recharging station of 15x15x40 cm and a matching cover 3mm thick. This set will have a price tag of around $ 200 to hang.
XE demonstrates the technology next month at the SVOD Europe conference in Dublin.
NEW