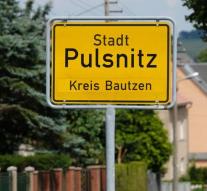 pulsnitz - Certainly eleven children were injured by a traffic accident in the eastern German city Pulsnitz (Saxony). A truck driver saw a lane overhead and hit the vehicle.

The 56-year-old truck driver and two children aged 13 and 16 were seriously injured by the collision. The other victims are less adamant according to the authorities.