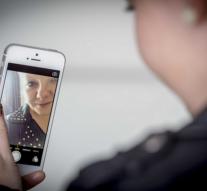 mansehra - Three Scottish tourists were killed in Pakistan when she ended up beneath a glacier in making selfies. The three women, also from Pakistan, were picnicking near Naran in the Pakistani province of Mansehra when they decided to make selfies under an ice canopy. That message the Pakistani Daily Times.

At the time of posing, the glacier collapsed above the women in each other.

The incident is not the first accident where making selfies were fatal. Last week, five people died when they fell in the Pakistani River Kunhar while selfies were making. In July, the Peruvian police discovered the body of a South Korean tourist at a waterfall in the Amazon. Days after he fell from the waterfall while taking a picture of themselves. A German tourist was one week earlier another 200 meters cases when he was posing for a picture at the Machu Picchu.