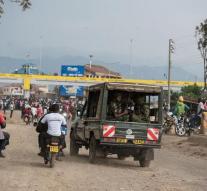 the hague - The travel advice of the Ministry of Foreign Affairs for Kenya has been adjusted after the elections because the risk of unrest, riots and irregularities increases.

The advice is to avoid demonstrations, political gatherings and protests. These can suddenly become violent. It is also advisable to keep up to date with the latest developments via news and information from the Embassy via Facebook and Twitter.

After a troubled run-up to the elections, the Kenyan people voted this week. No official results have been published yet. However, the Kenyan opposition has demanded that its leader Raila Odinga be elected as president on the basis of sources from the electoral commission. Preliminary results show that President Uhuru Kenyatta Kenyatta is in a hurry.

Minister Bert Koenders of Foreign Affairs calls on all parties and their backbones to keep calm and to respect the end.