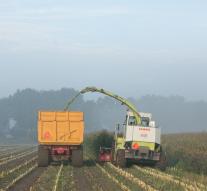 brussels - Brussels paid by vocational training programs in rural areas are too costly and add little to the existing offer. Moreover, they are often awarded to already established education providers . It pronounces judgment ECA Tuesday .

The European Commission's supervision is inadequate, set the accountants. The European Union wants to vocational knowledge and give a boost to rural areas. Between 2007 and 2013 Brussels suggested here euro 1.3 billion available.

EU inspectors visited five countries: Spain, Austria, Poland, Sweden and the UK, making up more than 65 percent of expenditures pocketed. Member States shall lay any kind of training to be considered as well, according to the Court. Some sponsored training were ten times more expensive than comparable courses.