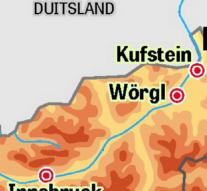 - Two refugees who were hiding in Austria have come to life on a freight train during the unloading of the trucks that transported the train. That confirmed the police Saturday. A third man was injured and is in critical condition in hospital.

The three, a woman and two men, probably wanted to travel to Germany, but they were run over during unloading at Wörgl station. Police in Tirol assumes that the refugees had passed out in the cold when the accident occurred. They were in fact not wake when the truck engine started fifteen minutes in advance.

The train came from Italy and drove through the Brenner village at 1400 meters altitude in Austria.