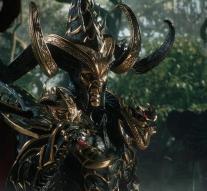 los angeles - Total War: Warhammer II will be released on September 28th for the PC. This has revealed Sega in the run-up to the E3 game show that opens in Los Angeles on Tuesday.

There is also a trailer released from the new Warhammer. The video shows how the characters interfere in a jungle landscape.

Players get four new races, including the Lizardmen, the High Elves and the Dark Elves. In addition to new races, the game introduces the new continents Ulthuan, Naggaroth, The Southlands and Lustria.