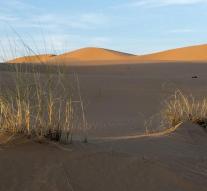 - "Melchior Wathelet Advocate General of the European Court of Justice finds that the Western Sahara is not part of Morocco and therefore not covered by agreements between the EU and Rabat. According to a Wednesday scattered 'opinion' of Wathelet."

"The opinion of the Advocate General is important because the court that follows in most cases. That would put a bomb under a European trade agreement with Morocco on agricultural and fisheries products. The European Council of Ministers is involved in EU court in Luxembourg appealed, after EU judges had declared invalid in December the free trade agreement with Morocco in 2012."

"The former Spanish Western Sahara was annexed by Morocco in 1975. Rabat claims as the Moroccan territory, but that is not internationally recognized."