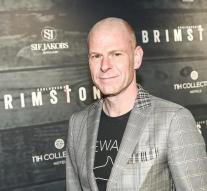 - Tom Holkenborg finds it 'all too crazy' that he can make the music for the new Tomb Raider movie. The film was on his wish list, Holkenborg said, better known as JunkieXL.

'I'm a terrifying movie lover. There are some movies you would like to work on and Tomb Raider is one of them, 'JunkieXL said at RTL.

The Noor Roar Uthaug, who directs the new film about Lara Croft, chose JunkieXL. 'As always in Hollywood, there are several ways you can be approached. In this case, it was the director who wanted to work with me. '

Tomb Raider, in which Alicia Vikander performs Lara Croft, has to run in theaters in March.