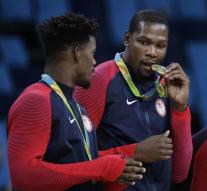 - The Organising Committee of the Olympic Games in Tokyo wants to get the precious metals for the medals from recycled mobile phones. This writes the Japanese newspaper Nikkei on Monday.

Because many recycled metals are used immediately in other electronics, the number of recycled devices must be increased. Japan has no good system before, so that should be established by the parties.


The Tokyo Games in 2020 put heavily in sustainability.