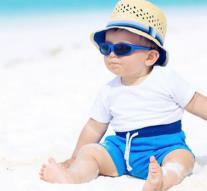 christchurch - A boy of three years has made history in New Zealand. Never before a toddler won such a high prize in the Bonus Bonds lottery.

He may whopping one million dollars (650 000) credited to his bank account. His parents were not surprised when they got the call. 'We always had the idea that our son was special. He was born on Christmas Eve, which is quite unique. '

The fund Bonus Bonds was founded fifty years ago to save money to encourage the population. Each month the investors be happy with prices. Shortly after the birth of the boy a bonus Bonds' account was created. His account was only $ 250, paid by an uncle. His parents save for more than ten years.

The oldest winner of the million is a 92-year-old. The high price is awarded once a month.