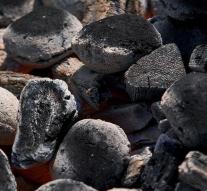 luckenwalde - A three-year-old girl has fallen in Germany during a children's party on a field in a glowing charcoal and became severely injured. The hope of charcoal was behind a fence and was meant to braai sausages.

The incident occurred in the city of Luckenwalde in Brandenburg on Thursday during an Indian party for children. The toddler stood by her parents by the fence when she suddenly walked over, stumbled across the fence and reached the glowing hope. The child was transported with a severe burn in a rescue helicopter and brought to a hospital in Berlin.

The police assume a tragic accident, but investigates whether there is a lack of supervision.