Home / World / Today, possibly the warmest 29th of August ever 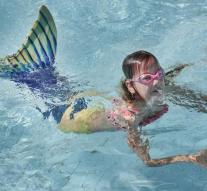 amsterdam - It is becoming tropical warmth today in our country for the first time since 19 July. The temperature rises in Zeeuws-Vlaanderen, North Brabant, Limburg and the Achterhoek to 30 to 32 degrees.

Weeronline Weeronline expects a temperature of approximately 29 degrees in De Bilt. Whether it's the warmest 29th of August ever? It is about tensions. The record in De Bilt is 29.3 degrees and dates back to 1930. However, a tropical day is listed in De Bilt. It is not excluded. The last time that happened this year was 22 June.

Those who want to escape the tropical warmth can best travel to the coast. On the beaches a southwest wind blows up to a maximum of 24-27 degrees. Tonight and tonight it will be a lot of fresher and may arise in more places in the country. Thunderstorms are also possible. The showers expel the heat and cool down to 15-18 degrees.

Wednesday, a cold front draws slowly from west to east across the country. It is predominantly gray and there is a chance of strong (thunderstorms) showers throughout the country. Regionally there is a lot of rain, sometimes 40 mm per hour. Also on Thursday, the last day of meteorological summer, there will still be showers across the country and then it will be only 17 to 18 degrees. Autumn starts lightly alternatingly.

Where does this heat come from?

A week ago, it was still apparent that this August month would remain at 1 to 2 official summer days. But a depression over Spain causes tropical air from Europe to be blown in. This heat flows today all the way to the southeastern parts of our country.