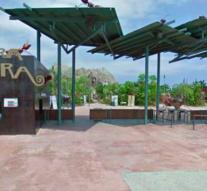 - A zookeeper in the Spanish tourist resort of Benidorm is killed after an attack by a tiger. The 37-year-old woman had left open a gate and was attacked in the cage with the animal.

Bystanders the woman could help only when the tiger with tranquilizer darts had calmed. Police investigating the case at the Terra Natura Park and says not yet know why the woman was attacked.