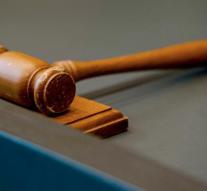 - "A jihadist from Berlin Monday received a prison sentence of three years. The judge sentenced the 27-year-old resident of the German capital because of membership in a terrorist organization abroad and preparing for a serious, subversive violence."

"The defendant issued a partial confession. He had traveled to the Afghan-Pakistani border region in September 2009 to join the now defunct group called German Taliban Mujahideen. Berlin militant had bought a semi-automatic rifle and thus learn to cope.,, He wanted to join the armed struggle, '' said the judge."