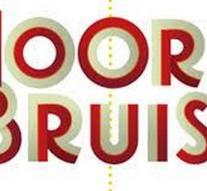 amsterdam - Against the sister of the mayor of Amsterdam, Ahmed Aboutaleb, three months have been imprisoned and she has to pay back 60,000 euros. The 46-year-old Steenwijkse would have drawn 63,000 euros from a foundation's foundation to spend rent, clothes, hairdresser and groceries. The money was mainly from charity and subsidy.

Tlaitmas, called Latifa (46), worked as a treasurer for Noord Bruist, a foundation that organizes a festival on the Noordplein every year, with the aim of showing what Rotterdam Noord has in music, dance and culinary delights.

While she agreed with the other board members to work unpaid for the foundation, she closed various large amounts in her own account in 2011, 2012 and 2013. She was the only one with a bank card of the foundation account and also the only one who was allowed to go online with banking. No one except Latifa brought the cash books to the accountant. At the time of the other members of the board's dismissal, Latifa sent falsified bank statements as evidence.

The FIOD got her into the spectacle and conducted extensive research into the sister of the mayor of Rotterdam.

Latifa did not want to explain the judges. They make a statement on 30 June.