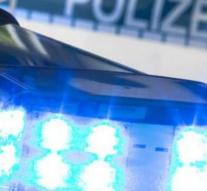 russelsheim - In the case of a heavy accident on the A67 at the German Rüsselsheim there were three deaths on Saturday night. The three will be in a car with a Dutch license plate, report German media. The identity of the victims is not yet known.

A small truck collided with two cars by unknown cause. The truck driver, a 34 year old Pool, was hospitalized with serious injuries.

In the other car there were four people. These became slightly wounded in the accident.

The A67 to the north was temporarily closed due to the accident.