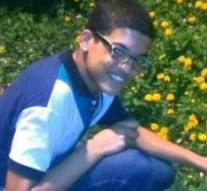 - Thousands of children in war zones without charge for months or even years in prison. This is contained in a report by Human Rights Watch (HRW) that was published Thursday. The children according to the authorities pose a threat to national security.

It is mainly about children in Afghanistan, the Democratic Republic of Congo, Iraq, Nigeria and Syria. They are held captive by the human rights organization and in some cases tortured. This is done mainly to elicit confessions, such as family members suspected of terrorist activities. Even babies are held when their mothers are under suspicion.

According to the report, many children beaten and raped. Also receiving some electrical shocks, they had to completely undress or were threatened with execution.,, The indefinite detention and torture of children must stop, 'said Jo Becker of Human Rights Watch.


In countries like Afghanistan, Iraq, Nigeria, Somalia and Syria, the authorities imprisoned hundreds of children. Many have no access to lawyers and be locked up in overcrowded cells with adults and without adequate food and medical care.

UNICEF welcomes the report by HRW. The UN children's rights organization draws attention to the legal rights of children and believes that they should be given full protection within each legal system.

Next Tuesday the UN Security Council talks about the plight of children in war zones.


The report is based on research by Human Rights Watch itself and reports from the United Nations.