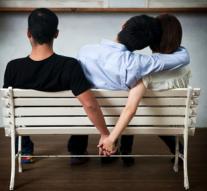 london - The famous 'bad ' bible from 1631 will be auctioned in November at Bonhams in London. In the extremely rare English tome is a world famous misprint. Between "Thou shalt not kill" and "Thou shalt not steal " is the seventh commandment : Thou shalt not commit adultery. The mere absence of the word 'not', the Bible is unique.

Only a year after the first thousand copies were printed, the error came to light. The printers Robert Barker and Martin Lucas were dragged commissioned by the English king to justice. They were sentenced to a fine of 300 pounds and had to hand in their busier license. The print run was destroyed, but reportedly have ten copies survived. Incidentally, it has been suggested that the mistake was made ​​on purpose by a competitor.

Expected that the Bible brings converted more than 20,000 euros.