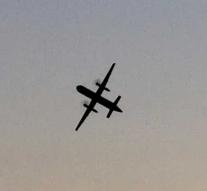 seattle - It is still unclear what inspired the 29-year-old man who stole an empty passenger plane in Seattle Friday, stunted it and eventually crashed. According to American media, it would be Richard Russel, a flight attendant without a pilot's license, who had been employed by airline Horizon Air for 3.5 years.

As a ground steward, Russel helped the baggage handlers, among other things. He was also partly responsible for towing aircraft. Before Russel could start his turbulent flight, he first used a special vehicle to turn the device in the right direction to take off.

According to a former colleague Russel was quiet and loved by his colleagues. In a video previously posted on YouTube, Russel tells what his work means as a flight attendant. He says that he has to lift a lot of suitcases, but that there are nice things to do with it, after which a number of trips are shown abroad. ' In the end it compensates each other '', he ends the video.