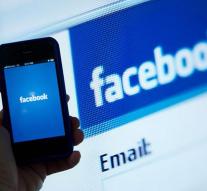 - Peter Thiel continues Commissioner of Facebook. All eight commissioners of the social network were Monday re-elected during the AGM. The German-American billionaire Thiel recently came into disrepute when it appeared that he had financed the lawsuit against Hulk Hogan website Gawker because of a personal feud with the Internet publication.

Earlier COO Sheryl Sandberg mention Thiel would likely be reappointed. namely the situation with Gawker was personal and had nothing to do with Facebook, she said. The magazine had the homosexuality of Thiel ever made public while he kept his sexuality private. Since then, he tried to destroy Gawker. That seems to be successful. Because of the enormous damages Gawker to Hulk Hogan to pay for publishing a sex video company in danger of bankruptcy.

Because Facebook is increasingly being battle with the established media, the action of Thiel was viewed by the media with suspicion. The reappointment of the entrepreneur would indicate that Facebook is little press freedom interests at heart.