Home / World / These are the (wealthy) children of Hugo Chavez 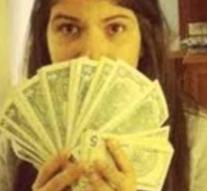 caracas - On dubious social media, dubious photos are circulating about the children of Hugo Chavez and other socialist leaders. Unlike its people, the Venezuelan former leader's family lacks nothing.

The daughters of Chavez who died in 2013 and other socialist leaders have nothing to complain about. They pose with pop stars, make distant trips and look good themselves. For example, actress Maria Gabriela (38) is now the richest woman in the country, with her assets of around 4 billion euros. That money is mainly stored on European banks.