Home / World / These are the victims of the attack in Berlin 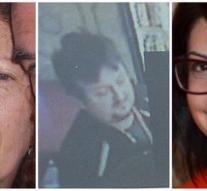 berlin - Among the twelve killing of the attack in Berlin identified three foreigners. It involves Dalia Elyakim Israeli, Italian Fabrizia di Lorenzo and the Polish truck driver Lukasz Urban. About the German victims, little is known.

The Israeli Dalia Elyakim was with her husband Rami vacationing in Berlin. Her husband also was injured in the attack and is still on a respirator in hospital. His condition is stable, the Israeli Embassy in Germany informs.

The body of Elyakim as quickly as possible obvergebracht to her homeland.

The 31-year-old Fabrizia di Lorenzo from Italy Sulmona worked for a German logistics company. Her family traveled to Berlin. To the newspaper Corriere della Serra parents indicated that they hope to take their daughter for Christmas home, but it is not yet sure if you can.\n  \n  \n   advertisement

Italian Prime Minister Gentiloni said in a tweet: 'Italy commemorates Fabrizia Di Lorenzo, an exemplary citizen who was murdered by terrorists. The thoughts of the country are in the grieving family.

The 37-year-old Polish lorry driver Lukasz Urban was found dead in the passenger seat of the truck terror. He would be shot as the truck after Dodenrit on the market came to a standstill. Perhaps he has fought with the offender and prevent an even greater carnage.