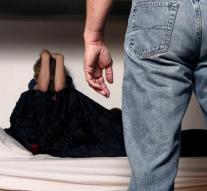 liverpool - A man who raped a toddler years ago, due to legal flaws, is facing the courtroom as a free man. The now-51-year-old John Mason commenced an early childhood disaster with a little boy.

Mason claims to be guilty of the crime. A crime in England in 2017 would be a maximum culprit. But due to legal defects, it is in England that you should get the punishment that was 'normal' during the period of the crime. In the early 80's, Mason would have to enter the cell for the same offense but for up to three months. The judge found such punishment negligible, that Mason now goes free. Instead, he gets a three-year job sentence.

The reason that the suspect has just appeared before the court after all those years is that in the time of the incident, the victim did not go to the police. The victim's mother went to court in 2010 and claimed that Mason was a danger to children.