Home / World / The state of emergency in France 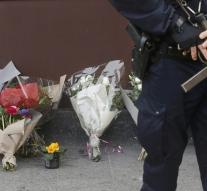 - The state of emergency has been declared in France, the authorities provided several tools to intervene at great imminent danger or suspicion thereof.

- The movement of people can be limited

- Certain areas may be arranged as a safety zone

A second regulation that has struck the French cabinet, applies to special measures which may take the police in the Paris region. That means, among other things, that :

- If dangerous designated persons may be placed under house arrest

- Increased assembly can be closed

- Weapons can be recovered

- Searches may be done