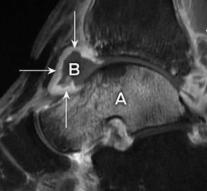 melbourne - A carnivorous ulcer is spreading so rapidly in the Australian state of Victoria that an epidemic is being discussed. In an article in the Medical Journal of Australia, experts say that the number of Buruli ulcer cases is increasing, but it is unclear why that happens only in Victoria. No cases have been reported in other states of Australia.

In 2016, 182 people got the swear, which was 72 percent more than ever before. Last year that number rose to 236. The condition has been around in the state for some time, but it is unknown how the ulcer spreads.

The ulcer usually starts as a spot on the skin that looks like an insect bite. Then the infection goes to the layer of fat between the skin and the muscles, in which the tissue eats away before it eventually comes back to the skin like an ulcer. That can be extremely painful.

Experts think that the condition can be transmitted by mosquitoes or possum rats.

You can view shocking pictures of buruli-ulcer here.