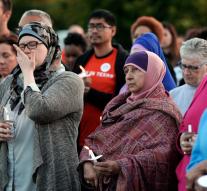 austin - A Texan former agent suspected of the death of a fifteen-year-old boy has reported to the police on Friday (local time). That happened after an arrest warrant had been issued against him, a police spokeswoman reported.

Police robbed the 37-year-old man this week after a deadly shooting in Balch Springs. The policeman was on his way with a colleague when he heard shots. According to Dallas Morning News, the suspect opened the fire on a long-hauling car who refused to stop.

A pupil was hit in his head by a bullet and died in the presence of two brothers who were also in the car. The incident led to fuss, because a white agent had shot a black teenager. The car with the boy drove away from the agents.

The boy's family called on fans not to demonstrate until the funeral is over.