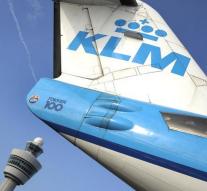 london - The European broadband network for air passengers EAN is a step closer. A series of test flights was successfully completed over the UK, reporting Inmarsat, Deutsche Telekom, Nokia and Thales Monday. The European Aviation Network should be available mid next year.

During the test flights is the network that makes use of normal 4G equipment and satellite technology, were tested. But the equipment to be installed in aircraft to provide passengers with an Internet connection has been tested. During the test a compound was successfully created by an airplane. Also this connection was made between different base stations so that they remained stable while the aircraft was moving.

Earlier, the group of companies had already done a simulation test in a Nokia laboratory in Stuttgart.