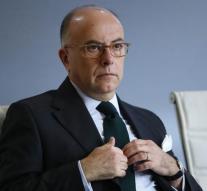 - With the arrest of seven people last weekend, the French authorities have been able to thwart a terrorist attack. This was announced by the French Interior Minister Bernard Cazeneuve on Monday.

Four arrests took place in Strasbourg, two in Marseille and one in another country, said the minister. The suspects are of French, Moroccan and Afghani origin and range in age from 29 to 37 years. Cazeneuve spoke of an exemplary operation by special forces in the night from Saturday to Sunday.

Six of those arrested were not previously known to the intelligence services. Which target the suspects had in mind, is not known. The Paris Public Prosecutor investigating the case further.

Since the beginning of 2016 have been arrested in France 418 persons who would maintain ties to terrorist groups, according to the ministry.