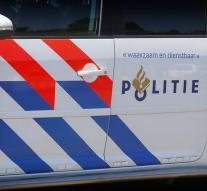 the hague - The police had last year last ten phone's internal faults within a major police force. Two of them were rural disturbances which all basic telephony dropped out.

That requires justice minister Ard van der Steur Tuesday in response to questions from the House. One of the failures nationwide in February lasted fourteen hours.

During this outage went wrong with the signaling of a Dutch terror suspect who was in Düsseldorf and wanted to fly to Turkey. A German unit would report it to the Dutch police unit that deals with counter-terrorism. The failure this failed, then sent an email on Saturday. But this e-mail continued until Monday unread.

According to Van der Steur was agreed that there is always contact by telephone. If that fails through the basic phones, so be on mobile numbers of the team members. May need to be physically contacted. The minister has again brought this to the attention.