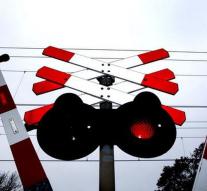 roeselare - In the Belgian Roeselare, a 46-year-old man died on Friday afternoon when he was walking along a closed road alongside his son and was seized by a train. The boy remained unharmed.

An eyewitness reports this to The Latest News. The man and his son both walked by bike. Even when the battles went down and the arriving train left a warning signal, the man stepped on without further delay.

Research should indicate whether the man was scattered at the fatal moment. The boy was captured after the accident by the police service victim. 'The road has been functioning correctly. This is a very unfortunate accident, 'said Infrabel spokesman Frédéric Petit.

The train passengers were evacuated by the fire department and transferred by bus to Roeselare station.