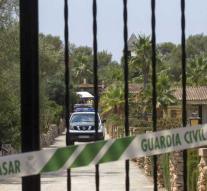 palma - A British teenager was killed when she fell from a balcony on Mallorca. The nineteen-year-old woman probably tried to reach her apartment by climbing, report the BBC.

The woman worked at a bar in the popular tourist resort of Magaluf and had obviously forgotten her house keys. She then went to the apartment of friends and tried to reach her own home via the balcony. 'She climbed to her own balcony when she fell down from the seventh floor,' said a police officer.

Ambulance personnel took care of the victim, but could not save her life. The Scottish teenager had written on Facebook earlier this month that she had the time of her life on the island.