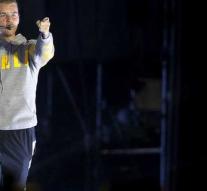 birmingham - A British court sentenced a teenager to life imprisonment because he wanted to commit a terrorist attack during a pop concert. The seventeen-year-old boy wanted to do that with a vehicle at a Justin Bieber concert in Cardiff at the end of June, one month after the bloody attack in Manchester at a concert by the American Ariana Grande that killed more than twenty people.

The police foiled the attack on the day of the concert. During the house search, the police found a claw hammer and a knife in a rucksack. Lloyd Gunton had also written a 'martyrs letter'.

In it he says,., a soldier of Islamic State 'and that he has attacked Cardiff because the British government' continues to bomb targets in Syria and Iraq. 'The boy had extensively studied the safety measures at the Bieber concert.

The teenager denies that he wanted to commit an attack. He must serve at least eleven years of his sentence.