Home / Tech / Taxi app after a few days away from London 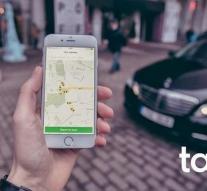 london - Residents and tourists in London have only been able to use Taxify, a competitor of Uber, for three days. The service was launched on Tuesday but had no permits. Therefore, Taxify had to stop Friday from Transport for London, the UK's transport authority.

Taxify from Estonia was mainly active in Eastern Europe, Asia, Africa and Mexico. To become active in London, Taxify had purchased an existing taxi company with valid license. But Taxify itself had no license yet. The service claims to have 3000 drivers in London. It is not known what impact this has on them.