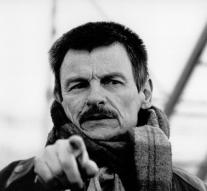 moscow - The house will be rebuilt in Moscow with the famous Russian cult director Andrei Tarkovsky. The building was hit in 2004 by a fire and demolished. The city government wants now converted earmark 450,000 euros for the rebuilding.

The house where Tarkovsky lived from 1934 to 1962, is built entirely in its original state. It becomes a cultural center, which includes both a cinema and a museum is included.

Andrei Tarkovsky applies at home and abroad as the main Russian filmmaker after the director of Battleship Potemkin, Sergei Eisenstein. He produced Stalker, Sacrifice, The Mirror and Nostalghia. He has won many prizes for his work. He died in 1986 in Paris at the age of 54.